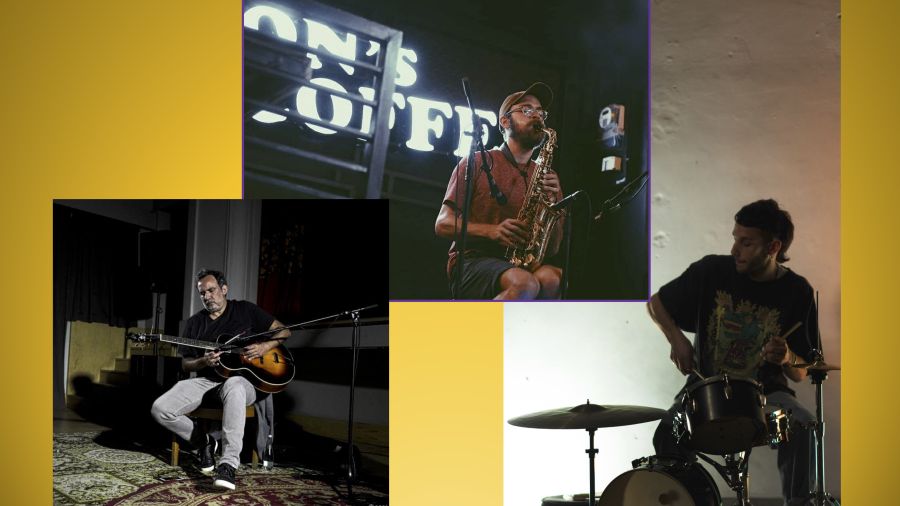 Born 1971 in Lisbon, Jorge Nuno is a portuguese experimental guitar player . In the 90’s and 00’s became involved in alternative rock projects, such as Riddle, Lisamona and Stereo Alligator.

Since 2011 his main focus is exploratory music, mainly recording with Signs of the Silhouette ( http://bambalam.com/) Uivo Zebra (https://bocian.bandcamp.com/album/uivo-zebra)

No Nation trio (https://phonogramunit.bandcamp.com/album/habitation) released on a Label collective i am involved in called Phonogram Unit. Jonas Engel is active as a composing musician in the creative music scenes in Copenhagen and Cologne where he is a member of the „impakt“ collective. He is on the constant search to further develop and redefine sound through extended playing techniques, instrument building and preparation. In addition to his compositional approaches, this work is reflected above all in his solo program through acoustic and electronic sound creation. Or in his duo with the singer Thea Soti, as well as the quartet “Our Hearts As Thieves”, in which European improvisation encounters American poetry. As a soloist and with his bands “Just Another Foundry” and “OWN YOUR BONES” (e.g. Young German Jazz Award, European Tremplin Jazz Award, Maastricht Jazz Award), he has been on concert tours through Europe, South and North America, the Middle East, China and Southeast Asia. Jonas was part of the Federal Jazz Orchestra (BuJazzO) and received scholarships from various grants, such as DAAD, Fondation Idella, Beckett Foundation, etc.