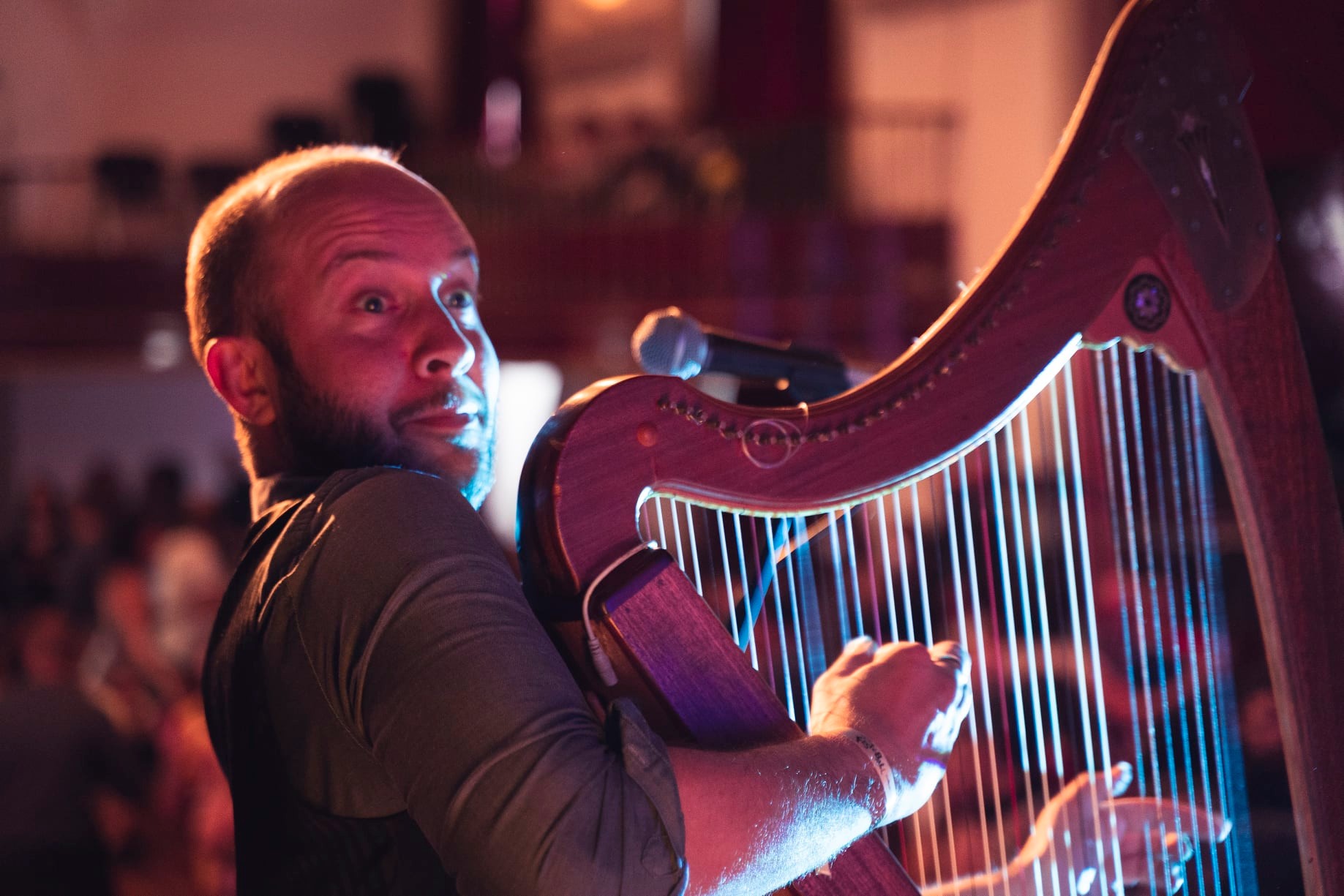 “Adriano Sangineto is an Italian musician (specialized in Celtic harp), composer and arranger. He completed his musical studies at the Milan Conservatoire where he graduated in clarinet and experimental composition. From his youth he began to breathe music in the environment of the luthery of his father Michele Sangineto, where he came into contact with numerous musicians, such as Nicanor Zabaleta, Alan Stivell, Derek Bell, Carlos Nunez and others.

In 2002 he started playing the Celtic harp as a self-taught and embarked on the path of free experimentation in the most diverse musical fields: from ancient to modern music, passing through classical music, new age, pop, and re-evaluating Italian and European popular music with original arrangements.

Thanks to the deepening of classical composition in the conservatoire and its conjugation with popular musical culture, he composes pieces for numerous destinations, such as soundtracks, theatrical activities, advertising.

He released 13 albums (as a soloist and with his bands) and numerous collaborations with artists from the Italian and European scene.”