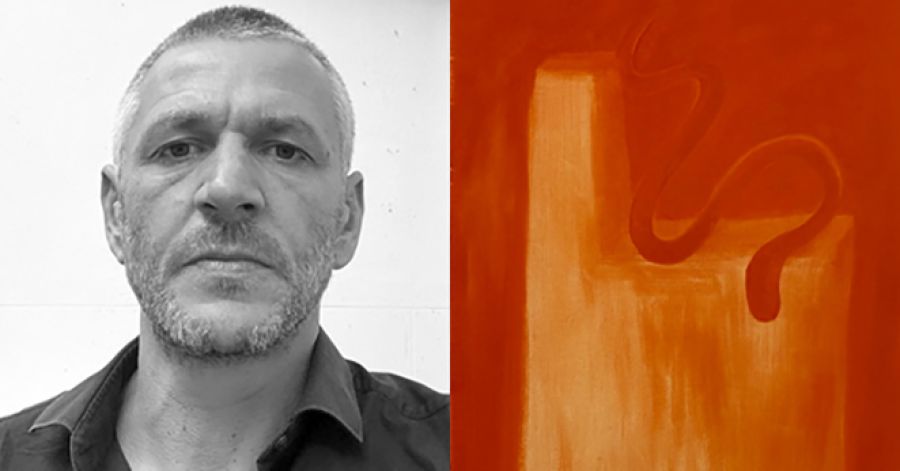 About the artist: Combining painting, drawing, bas-reliefs, and texts, André Almeida e Sousa´s work leads us into an infinite territory where dreamed architectures, back or fugitive bodies, and everyday objects seem to match like pieces of a jigsaw puzzle, where empty and full silently converse together. Among his abundant production, sometimes letting out kinds of erect members, are Andre´s roughly geometric sculpture-objects. They are full shapes floating on blank walls, virtually superimposing on the ones he paints in a negative on paper or canvas. The paintings´ primordial layers are thus revealed. What is underneath, consumed, is essential, a yesterday emphasized by the artist´s evanescent silhouettes and his persistent use of dark and smoky colors. It is about the past becoming present, absence becoming presence. Born in 1974 in São Miguel (Açores), André Almeida e Sousa studied at the Rietveld Academie in Amsterdam, Netherlands, and in the advanced course of fine arts at Ar.Co school in Lisbon.